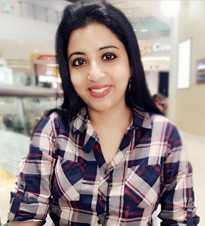 Research Focus:
The genomic and proteomic signature pattern of an organism not only influences its phylogenetic
arrangement, but also the mode of lifestyle to which it is adapted. Today with the advent of genomics
and high throughput sequencing technologies, we are able to elucidate a completely different view of
biology and therefore, I have concentrated on computational data mining approaches to evaluate the
relevant information contained in the myriad of available data in a significant approach. My primary
research interest involves the following four topics.

1. Resolving the intricacies of evolution of genes and genomes, struggling to survive and inhabit understressed conditions.
Microbes are known for their unique ability to adapt to varying lifestyle and environment, even to the extremely adverse ones. My studies involving
few extremophilic bacterial groups (for example, Deinococcus-Thermus, Shewanella etc.) have revealed
specific genomic and proteomic signatures that have helped them to get acclimatized in their distinct
lifestyles or ecological niches.

2. Proposing a model to typify a viral strain from the perspective of its pandemic causing potential.
I worked over the first pandemic of this decade in 2009, caused by the H1N1 virus (swine flu) and
observed a particular pattern of amino acid usage in them that provides them evolutionary significance
and biochemical basis of the selective advantage to hemagglutinin (HA) genes in 2009. This assisted the
H1N1 virus in having the potential to become infectious and enunciating a global menace to public
health. I also found that the increased potential for antibody escape to enhance pathogenicity for the
H1N1 samples of 2013 and 2014.

3. Analyzing the effects of host factors that can govern a viral infection.

I have found that the genes, coding for the env glycoproteins, experience severe selection constraints
from the host due to their constant exposure to the host immune system and thereby, suggested that
the env gene evolution occurs mainly by negative selection with the occurrence of mutation that might
not reach fixation in the viral population.

4. Analyzing genomic signatures of the pathogenic microbes, which are evolving their genetic
constructions frequently to get adapted against the adverse conditions generated by their host-immune
system or by the antibiotics taken by their hosts to fight against the infectious disease caused by these
microbes.

I analyzed the key determinants for rapid evolution of Vibrio cholerae, specially targeting its genetically
and phenotypically varied pandemic clones found in Asia and Africa during the last decade. I have found
various mobile genetic elements to be responsible for the evolution of this cholera pathogen, which can
be used as a marker of differentiation of all seventh pandemic clones of this pathogen with very similar
core genome. Fast evolution of V. cholerae certainly has pointed towards the someway irrational use of
antibiotics against this pathogen.

Currently, I aim towards the following research goals:

1. Interpreting molecular signatures in microbial genomes responsible for hospital-acquired or
nosocomial infection, signifying their evolutionary and adaptation strategies. These groups of
microbial genomes, with restricted pathogenic ability or “opportunistic pathogens” fail to infect healthy
individuals; rather they require immuno-compromised individuals to induce disease. I am interested to
explore new horizons related to genomic diversities, speciation as well as host resistance features in
these groups of microbial genomes. I also aspire to develop effective strategies to prevent infections as
well as to predict the type of infections caused by the opportunistic pathogens in an immunecompromised host, through studying the evolutionary pattern of drug resistance, disease progression
and host adaptation in chronically infected patients.

2. Determining the functional attributes of the human microbiome (collective genetic material of
microbiota), essential to infer their role in host metabolism and disease. I aim to identify molecular biomarkers to accurately classify a particular disease, by correlating the taxonomic and metabolomic profile variation of the microbiome for both diseased and healthy state.